Click here to be directed to my online store! 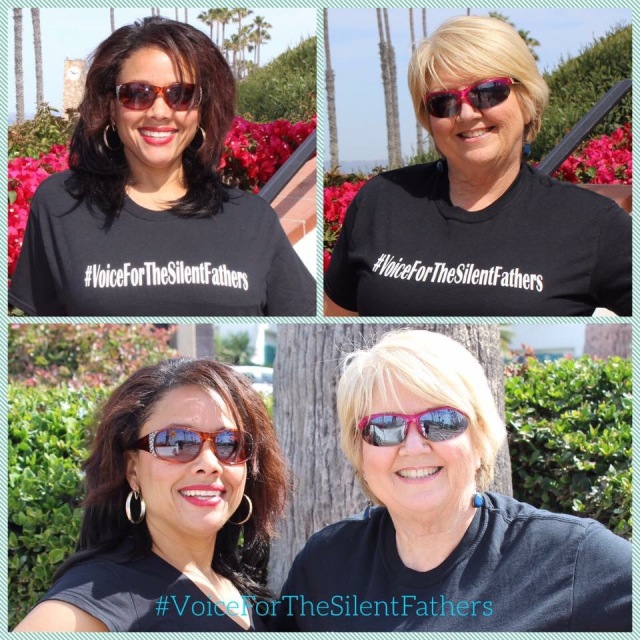 I’m excited to share with you the official Voice for the Silent Fathers Book Trailer!

Thank you to my Publisher Mimi Wright of The Wright Group, LLC and Shirl Tyner of Loretta Jean Photography for working effortlessly to bring this portion of my project to life!  Please comment and share!

I would like to send my gratitude and appreciation for all of the support I’ve received from family, friends, readers of my blog, and all my social media outlets.

As a first time author, preparing to launch such a personal memoir to the world, a certain sense of nervousness comes into play.

Of course I want “VOICE FOR THE SILENT FATHERS” to be a smash hit to where Oprah Winfrey herself is contacting my sister Mimi to see what strings she has to pull to get an interview with me, where I promise to jump all over her couch.  But that’s a side bar issue compared to my real concern that actually kept me up all night after Mimi researched how many other fathers wrote a book about their strained relationship with their gay son, sending me a message that read “Eddie, you’re the first and only one.”  There was a part of me that wasn’t too surprised, knowing how taboo the topic of being the father of a gay son is.  But it still left me wondering why.

Some of my frustration throughout my experience was not having any resources or other fathers to turn to so I can discuss what to do at that time, so I felt alone.  But how could I be alone when every person in the LGBQT community has to have a father?  It only makes sense.  Now that I’m one of the first fathers who is publicly addressing the issue adds a totally new equation as a first time self-publishing author because the topic is so important it’s critical that I get it right!

Since going public with my story, I have gained a new sense of responsibility, along with an opportunity to redeem myself for the errors in my past. The reality really struck during my first interview about “VOICE FOR THE SILENT FATHERS” with Jamie Timmons for her video blab “MATTERS OF THE HEART.”  I explained to her that, in my mind, the book was already a success because it’s helped my son and I heal our relationship and I can only hope it does the same for others.

In the past I mentioned that I never expected “VOICE FOR THE SILENT FATHERS” to be my first book. My “GANGSTER TO GURU” spiritual self/help books, “GANGSTER TO GURU” physical fitness/yoga book, “GANGSTER TO GURU” microwave cook book for convicts and college students, or even my “GANGSTER TO GURU” relationship book, any one of them could have been my debut as a first time author. (Yeah I’ve been down quite a few years, writing all along), but GOD works in mysterious ways my friends, and when you have your strong trust, belief and faith in your higher power, you know and understand that even when things don’t appear to be going according to the way you planned it, there’s a reason and purpose behind it.

Life is always unfolding for the greater good of all. So I’ve embraced my role as “Gangster to Gay community activist”, so to speak because I owe it not only to my son, but to children young and old, who’s fathers didn’t give the comfort and understanding to those who only wanted our loving support and approval.  So again I thank everyone for their support, and only wish “VOICE FOR THE SILENT FATHERS” came out sooner because it’s long overdue. 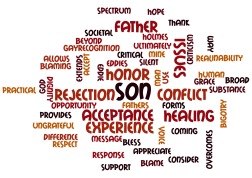 Thank you for the opportunity to express my thoughts about Eddies’ book “Voice for the Silent Fathers”. These delicate father son issues, so implicitly captured in his writings, are relevant to a broad spectrum of societal issues beyond the “no son of mine” father of a gay man experience. In fact, the book gets to the real substance of human conflict which is our inability to accept and appreciate difference. The key word here is appreciation. The book offers an opportunity to consider acceptance in a way that extends grace, honor, support and recognition. When we are ungrateful, we are critical, blaming, and we use forms of rejection. Eddies’ experience of coming to the acceptance of his son provides hope for healing; a more practical response to conflict that allows dignity, respect and honor which overcomes criticism, blame, bigotry, and ultimately rejection. God bless you Eddie, and thank you for this healing message.~G. Holmes

Original Post:  A Father Killed His Son Because He Was Gay!
After posting my thoughts last week in regards to the father that killed his son because he was gay, I received a response saying that his being gay wasn’t the reason and that the media is using that headline for their benefit. The information saying that father killed his son because he was gay was according to the Los Angeles district attorneys office, and if anyone knows that district attorneys make a theory with out having all the facts and then twist the facts they do have to fit their theory…It’s me.
So I may have jumped the gun by believing his son being gay was the only reason that father killed him. But it was so believable due to hearing fathers saying they would kill their son if he’s gay on such a regular basis. Yet, until we have all the facts and the true motivation behind Shehada Khailil Issa fatally shooting his son Amir Issa, I’ll leave that case alone, but I stand firm behind everything else that I posted because the fact is everyday there’s violence against the LGBTQ community.
On another note, this past week on Friday April 8th, Bruce Springsteen canceled his concert scheduled for April 10th in North Carolina because the state failed to pass legislation protecting the rights of the LGBTQ community. The North Carolina law prohibits transgender people from using bathrooms that don’t match the gender they were assigned at birth. The legislation also bans local governments from extending civil rights protections to gay and transgender people.
Now…  I’m a hip-hop head, but all walks of life have enjoyed Mr. Springsteen’s music at one time or another, especially his “Born in the USA” song.
For Bruce Springsteen and his band to have the courage to take such a strong position, has earned a great respect from me.
The message posted on his website read :
“Some things are more important than a Rock show and this fight against prejudice and bigotry which is happening as I write is one of them.” It went on to read “It is the strongest means I have for raising my voice in opposition to those who continue to push us backwards instead of forwards.”
Now I truly understand why they call Bruce Springsteen the Boss because that was a Boss move!

Corporations such as Apple, Google, and American Airlines are taking a stance in opposition to this law.  Pay Pal is switching it’s location out of North Carolina and the NBA is considering moving it’s next All-star game because f this state measure, signed by Gov. Pat McCrory (R) who praised it as needed “To stop this breach of basic privacy and etiquette.”
WOW!! I guess I shouldn’t be shocked when this past week in Mississippi Gov. Phil Bryant (R) signed a law that would let businesses refuse service to gay couples based on religious objections. Talk about prejudice and bigotry!
So where as last week I addressed the concerns with the senseless violence against the LGBTQ community as a father with a son who reps that set to the fullest, addressing the civil rights are just as important because the two go hand in hand.

I don’t expect everyone’s views to change overnight, but it’s important at times to look at our past and learn form it, so that we don’t repeat it in the future. “Refusing service to gay couples based on religious objections..” That’s some 1960’s back of the bus, white’s only water fountain shit!! I know I pluck a lot of nerves in here when certain negative homophobic comments are made and i casually retort with “They used to say the same thing about blacks.” emotions get stirred claiming it’s not the same thing, but when you look at it with all honestly it is. I’m pointing that out in this weeks post, laughing with myself, realizing this is the second week as my role as “Gangster turned Gay community rights advocate!” Thanks Son!
Eddie K. Wright
#VoiceForTheSilentFathers

First off, I would like to thank you for supporting a great project that is not only near and dear to my heart but a project that not many have been willing to tackle.

Growing up is hard as it is in this day and age.  Add growing up as a homosexual, makes life ten times harder. As a child all we ever want to do is love and be loved by our parents, but for most of the LGBTQ community simply being accepted by our loved ones is at the top of that list of things we want to achieve in life. Growing up gay and not knowing how to feel was one of the hardest things I’ve ever had to do in life.  Adding to that my feelings of abandonment and self-loathing only made matters worse.

As far back as I can remember, my father and I have had a rocky relationship and all I’ve ever wanted was to be the son that he could love but at the same time be the man I wanted to be, which was a proud gay man. This was and still is no easy task, especially having a gangster as your father.

I always knew deep down that my father resented my being a gay man.  Growing up with that knowledge can really do damage to one’s self esteem and outlook on what love is. From the abandonment of the one who is supposed to shield you from all the harm in the world to watching him play daddy to a whole new family and trying to accept it was hard for me to come to terms with as a child.  But now, at the age of 25 I’ve learned how to cope and accept the cards that this life has dealt me and through this book I have been able to, with my father, heal wounds that I had thought were bound to be open for the rest of my life.

As I received random chapters of the book from my father I realized that many of my wounds were never healed, but instead buried deep in the back of my mind, resurfacing as I was reminded about different phases of our life together. Trust me reading all the hateful things your own father had to say and think about you is no easy task.  Especially knowing he wanted to share these things with the world.  There were many times I could barely get through a few sentences without calling my aunt Mimi crying my eyes out going through every possible emotion all at the same time. I imagine it wasn’t easy for him to come face to face with these issues. But through reliving these events and talking about them with each other our relationship as father and son has grown stronger than ever and I can’t wait for him to come home so we can continue to heal and grow together. I do hope you enjoy this book as much as I have, and remember, all we ever want in life is to love and be loved by those we care most about in this world.

Drew, The gayest man my father has ever known.